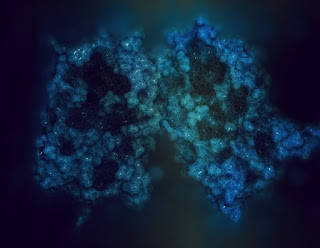 A shadow over the promising inhaled interferon beta COVID-19 therapy has been cleared with the discovery that although it appears to increase levels of ACE2 protein -- coronavirus' key entry point into nose and lung cells -- it predominantly increases levels of a short version of that protein, which the virus cannot bind to.

The virus that causes COVID-19, known as SARS-CoV-2, enters nose and lung cells by binding its spike protein to the cell surface protein angiotensin-converting enzyme 2 (ACE2).

The study, published in Nature Genetics, shows that as well as the long-form of ACE2 used by SARS-CoV-2, a shorter form of ACE2 lacks the SARS-CoV-2 binding site.

Naturally occurring antiviral proteins called interferons have shown promise in treating COVID-19. However, previous studies have shown that interferons increase levels of ACE2 -- casting doubts over the potential for such treatments, with the possibility that increased ACE2 could see these drugs actually worsen COVID-19 impacts.

But this latest research shows that it is predominantly the short ACE2, which lacks the viral binding site, that is increased in response to interferons. Since levels of the longer form of ACE2 remain unchanged, interferons do not appear to boost entry points for the virus, supporting their use in treating COVID-19 patients.

This helps explain the hugely promising results for a trial of an inhaled interferon-beta treatment for COVID-19 patients, developed in Southampton by a team led by Professor Tom Wilkinson of the University of Southampton.

This research gives a new insight into this short form of ACE2 and shows how it has a very different role to the longer form of ACE2 that acts as an entry point for SARS-CoV-2.

Short ACE2 lacks the binding site for SARS-CoV-2, so it cannot be used as an entry point for the virus. Instead, its regulation by interferons suggests it may be involved in the body's antiviral response.

These results will enable researchers to distinguish between these two forms of ACE2, which could prove invaluable for developing more sophisticated treatments for COVID-19 patients.

"We were excited to discover a new form of ACE2 and became even more interested when we realized that it may be protective against SARS-CoV-2 in the airways rather than an entry site for infection. We believe this may have important implications for managing COVID-19 infection, and we are starting further studies to investigate this further."