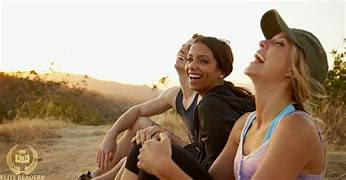 HAPPY PEOPLE DON'T SWEAT THE LITTLE STUFF Suppose you drop your morning coffee, and it splatters everywhere. Later a colleague drops by to say hello. Do you grumble a testy acknowledgment or cheerfully greet her? In a new study on brain activity led by University of Miami psychologists, researchers found that how a person's brain evaluates fleeting negative stimuli -- such as that dropped cup -- may influence their long-term psychological well-being. "One way to think about it is the longer your brain holds on to a negative event or stimuli, the unhappier you report being," said Nikki Puccetti, a Ph.D. candidate in the Department of Psychology and lead author of the study published Monday in the  Journal of Neuroscience . "Basically, we found that the persistence of a person's brain in holding on to a negative stimulus is what predicts more negative and less positive daily emotional experiences. That, in turn, predicts how well they think they're doing
Post a Comment
Read more 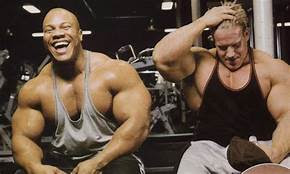 Anabolic-androgenic steroids accelerate brain aging Brain imaging reveals long-term effects Anabolic-androgenic steroids (AAS), a synthetic version of the male sex hormone testosterone, are sometimes used as a medical treatment for hormone imbalance. But the vast majority of AAS is used to enhance athletic performance or build muscle because when paired with strength training. AAS use increases muscle mass and strength, and its use is known to have many side effects, ranging from acne to heart problems to increased aggression. A new study now suggests that AAS can also have deleterious effects on the brain, causing it to age prematurely. The report appears in  Biological Psychiatry: Cognitive Neuroscience and Neuroimaging . "Anabolic steroid use has been associated with a range of medical and psychological side effects," said lead author Astrid Bjørnebekk, Ph.D., Division of Mental Health and Addiction, Oslo University Hospital, Oslo, Norway. "However, since anabolic s
Post a Comment
Read more

Vaccines alone may not be enough to end the pandemic. 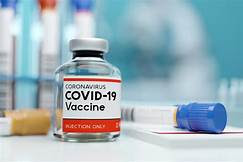 Vaccines alone may not be enough to end the pandemic. Even as vaccines are becoming more readily available in the U.S., protecting against the asymptomatic and pre-symptomatic spread of the virus (SARS-CoV-2) that causes COVID-19 is key to ending the pandemic, say two Georgetown infectious disease experts. In their Perspective, "SARS-CoV-2 Transmission Without Symptoms" published March 18 in the journal  Science , Angela L. Rasmussen, Ph.D., and Saskia V. Popescu, Ph.D., MA, faculty affiliates of the Center for Global Health Science and Security at Georgetown University Medical Center, make the case that symptomless transmission silently drives viral spread and is key to ending the pandemic. "Determining the true transmission capability of asymptomatic and pre-symptomatic cases is inherently complex, but knowledge gaps should not detract from acknowledging their role in the spread of SARS-CoV-2," the authors write. "We can't rely on vaccination alone to c
Post a Comment
Read more 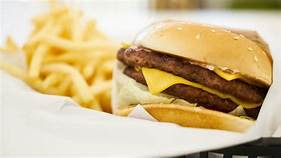 High-fat diets may over-activate destructive heart disease protein. According to new research, consuming a high-fat diet may be activating a response in the heart that is causing destructive growth and leads to a greater risk of heart attacks. In a paper published in  Biochemical and Biophysical Research Communications , researchers looked at the effect of feeding mice a high-fat diet on oxidative stress levels on heart cells. The University of Reading team found that cells from the mice had twice the amount of oxidative stress and led to heart cells being up to 1.8 times bigger due to cardiac hypertrophy associated with heart disease. Named first author Dr. Sunbal Naureen Bhatti, from the University of Reading, said: "Our research shows one way in which a high-fat diet can cause damage to the muscle cells that make up our hearts. It appears that a switch happened at a cellular level when the mice were fed on a high-fat regime which causes a normally harmless protein, Nox2, to b
Post a Comment
Read more 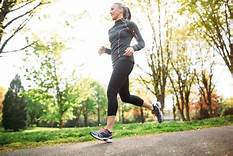 The fitter you are, the better you burn fat. According to new research from a team of sports nutritionists, females who are fit and healthy tend to burn more fat when they exercise than men, according to new research from sports nutritionists. The research, comprising two new studies from academics led by the University of Bath's Centre for Nutrition, Exercise & Metabolism, analyzed the factors that most influenced individuals' capacity to burn body fat when undertaking endurance sports. How the body burns fat is important to all of us for good metabolic health, insulin sensitivity, and reducing the risk of developing Type II diabetes. But, for endurance sport competitions, such as running or cycling, how the body burns fat can differentiate between success and failure. Previous research from the same team has shown how, for endurance athletes competing in distance events, the body's carbohydrate stores replenish quickly when exercising. This means that athletes'
Post a Comment
Read more 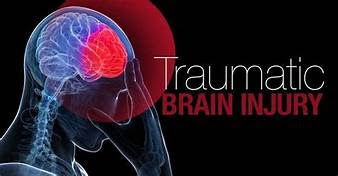 HEAD INJURIES ASSOCIATED WITH DEMENTIA LATER IN LIFE. Head injury in the United States is common, with over 23 million adults aged 40 or older reporting a head injury history with consciousness loss. Many head injuries can be caused by a host of different situations -- from car and motorcycle accidents to sports injuries. What's more, it has become increasingly recognized that the effects of head injuries are long-lasting. New research led by the Perelman School of Medicine at the University of Pennsylvania shows that a single head injury could lead to dementia later in life. This risk further increases as the number of head injuries sustained by an individual increase. The findings also suggest stronger associations of head injury with the risk of dementia among women than among men and among white compared to among Black populations. The researchers, whose findings were published today in  Alzheimer's & Dementia: The Journal of the Alzheimer's Association , conducte
Post a Comment
Read more 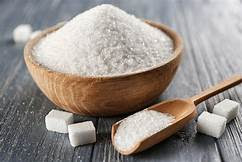 Consumption of added sugar doubles fat production Sugar is added to many common foodstuffs, and people in Switzerland consume more than 100 grams every day. The high-calorie content of sugar causes excessive weight and obesity, and associated diseases. But does too much sugar have any other harmful effects if consumed regularly? And if so, which sugars in particular? Even moderate amounts of sugar increase fat synthesis Researchers at the University of Zurich (UZH) and the University Hospital Zurich (USZ) have investigated these questions. Compared to previous studies, which mainly examined the consumption of very high amounts of sugar, their results show that even moderate amounts lead to a change in test participants' metabolism. "Eighty grams of sugar daily, which is equivalent to about 0,8 liters of a normal soft drink, boosts fat production in the liver. And the overactive fat production continues for a longer period of time, even if no more sugar is consumed," say
Post a Comment
Read more
More posts